All press releases
All other news
Press contacts 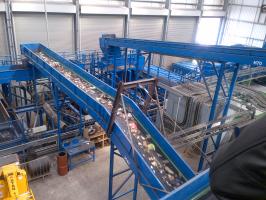 Economic development, urbanisation and changes associated with our production and consumption patterns generate an increase in solid waste. In the EU, municipal waste alone accounts for 515 kg/year per capita. To help reduce this mass, over the past decade the EIB has financed around EUR 2.8 billion worth of intelligent solid waste management schemes. France and the UK are two EU countries which have success stories to tell.

"Mismanagement of solid waste could cost up to 10% of the GDP of any given country", explains Patrick Dorvil, an expert in waste recycling and recovery at the EIB. "Waste management is vital for health, the environment and our economy. Europe is poor in natural resources, which it pays a fortune to import. The recovery of materials and energy must be at the heart of any waste management policy. Thermal waste-to-energy treatment could replace 20% of Europe's energy imports – a not insignificant figure."

The EIB is renowned for its support to large infrastructure projects both in Europe and worldwide but it also plays a key role in the environmental sector. In 2013, the Bank helped to finance two waste recovery facilities via a EUR 50 million loan to the local municipality association Bil Ta Garbi, a public inter-municipal cooperation entity representing 202 municipalities and nearly 275 000 inhabitants in south-west France.

The first facility, called Canopia, was commissioned in April 2014. Located north-west of Bayonne, it manages the household waste of 24 municipalities representing nearly 200 000 inhabitants and generates some 30 000 tonnes/year of compost, that’s the equivalent of 3 300 tonnes of chemical fertiliser saved or 1 500 hectares of farmland enriched with compost. The organic waste is also turned into energy thanks to a process called methanation. This enables Canopia to produce 25 000 MWh of energy, of which 12 500 MWh of electricity is sold to the Electricité de France network and 12 500 MWh of heat is used in the recovery process and to heat administrative buildings.

Recovery instead of landfill 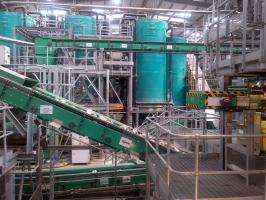 Like Canopia, Mendixka, the second waste recovery facility located in the municipality of Charritte-de-Bas, provides a concrete response to the Grenelle commitments, which recommend the optimisation of waste recovery and a 15% reduction in waste for landfill or incineration. Before the Mendixka facility became operational, 80% of residual household waste was sent to landfill without being recycled. In 2015, thanks in particular to Mendixka and improvements in the areas of sorting and reduction at source, 70% of residual household waste is being fully recycled. The compost produced is an eco-friendly replacement for chemical fertilisers and the organic matter goes back into its original environment.

The facility's annual recycling capacity is 20 000 tonnes of residual household waste and 2 600 tonnes of green waste. In total, 4 600 tonnes of compost are produced each year, saving 500 tonnes of chemical fertiliser. The scale of Mendixka's treatment capacity was determined according to the needs of the facility's catchment area over 20 years. Provisional tonnage takes into account the increase in population and migratory flows, changes in the types of waste produced, the behavioural adjustments of users and amendments to the conditions for selective collection and hazardous waste collection. And the waste facilities have also brought employment opportunities to the region. Seven direct posts were created at Mendixka and there is a team of 41 people working daily at the Canopia site, which has a treatment capacity of 80 000 tonnes/year. 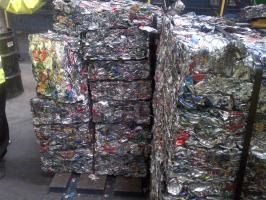 Across the channel in the UK, the Greater Manchester Waste Disposal Authority (GMWDA) signed a 'Recycling and Waste Management Contract' with Viridor Laing (Greater Manchester) Limited in 2009. The contract encompasses a GBP 631 million construction programme of large-scale developments. The EIB assisted the deal with a GBP 182 million (EUR 200 million) loan.

As part of its key objectives, GMWDA aims to reduce the amount of waste produced, diverting a minimum of 75% of waste going to landfill and increasing its recycling and compost rate to 50%. Moreover, they aim to generate renewable energy to power over 100 000 homes.

As a result of the financing partnership with the EIB, they have introduced world-class technologies for waste management in Greater Manchester. GMWDA is targeting a “Zero Waste to Landfill” policy, and expects that around 90% landfill avoidance is possible. Clearly, commitment to environmental improvement is at the heart of this project through the minimisation and diversion of waste and the generation of renewable energy.

The project also delivers socio-economic benefits, through the creation and safeguarding of approximately 5 000 jobs. In line with the UK Climate Change Strategy & Action Plan, the project is making a substantial contribution towards the increase of carbon emissions savings, aiming for 278 000 tonnes per annum by 2020.

Hailed as a model for future Private Finance Initiative schemes, the project has picked up awards including The Public Private Finance 2010 Best Waste Project Award and Judges Innovation Award, The Green Apple Award for Environmental Best Practice 2009 and Project Finance’s European Waste Deal of the Year 2009, and more recently for its work in engaging with communities such as through the “right stuff, right bin” campaigns.

United Kingdom and the EIB

France and the EIB