Projects
Our regions of activity

How to apply
Trust fund

The EIB in the Eastern neighbourhood countries

Cooperation with other institutions and organisations
Financing facilities

The EIB in sub-Saharan Africa, the Caribbean and the Pacific

Asia and Latin America
United Kingdom and the EIB

Projects to be financed


EFTA is the EU’s third largest trading partner and the four EFTA nations are widely known for their developed economies as well as their obvious proximity to the European Union, be that geographically, politically or culturally.


With total net signatures of almost EUR 4.1 billion, the Bank has been supporting projects in the four countries since the establishment of the EIB EFTA Loan Facility in 1994.


Norway is the EIB’s largest EFTA partner in terms of finance, and accounts for almost half of EFTA lending. The country supplies some 20% of the EU’s total gas requirements and is a pioneer in renewable energies. Similarly, Iceland also has abundant natural resources and is itself a pioneer in geothermal energy production. Both of the northern nations further stand out for fish production, metals and maritime transport


The EFTA nations are world leaders in myriad sectors vital to progression for the global economy. Switzerland is not only a financial centre, but also plays host to multinationals and major companies in the fields of biotechnology, scientific research and machinery. Liechtenstein is small but specialises in capital-intensive high technology products and research and development.


Projects in which the EIB is involved in the EFTA states are financed from the Bank’s own resources. They have to meet the same eligibility criteria and follow the same procedures as those within the European Union.


This means that the Bank’s priorities must also be met, so the initiatives we support in Iceland, Liechtenstein, Norway and Switzerland should have a direct common interest, and fall within the fields of energy and transport (with a particular focus on trans-European networks) as well as research and development and innovation. EFTA projects may be financed under RSFF.


The EFTA Loan Facility is not subdivided into pro rata totals for each country. Norway may be the Bank’s biggest EFTA market, but the EU is essential for all of the EFTA nations. The Union is EFTA’s largest trading partner, accounting for 72.8% of merchandising imports and 67.3% of exports. 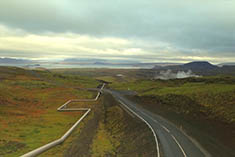 Looking for an SME loan?