The European Investment Bank plans to increase support for economically weaker EU regions, while focusing on the transition towards a low-carbon economy. With cohesion, climate change must go hand-in-hand.

Many of Europe’s poorer regions are among those most exposed to the impacts of climate change. But they also face possible negative consequences from the transition to the green, zero-emission, digital economy that we need to counter global warming. In the South, higher temperatures in already warm European countries such as Greece, Spain and Italy, will affect agriculture and increase the frequency and intensity of natural disasters, like the wildfires that caused such devastation this summer. The shift away from coal, which is essential to reducing our emissions of climate changing CO2, will hit many coal-dependent regions in the East, communities and industries in countries like Poland and my native country Bulgaria, particularly hard.

Faced with this double bind, we need to focus investment in these countries on building a new kind of economy that’s sustainable. Much of the investment in the poorer countries of the European Union has historically been in infrastructure, such as highways and railways, to promote growth through easier trade. But the way we invest needs to evolve if we are to confront the existential threat of climate change and transition to a modern, digital, low-carbon economy in a fair way. We will not achieve our climate goals unless we help everyone deal with the costs of the green transition and we must address the relative paucity of climate and sustainability investment in our economically weaker regions.

This is why the European Investment Bank is rethinking its approach and releasing a new orientation paper on its investments in the European Union’s cohesion regions. Our ambition is to raise the amount we lend in these regions to 45% of our total. At the same time, we are also expanding our support to include all regions whose economic development is below the EU average.

Using public finance to draw the EU closer together is one of the EIB’s founding missions. Over the course of the EU’s last seven-year budget period (2014-2020), projects in cohesion regions accounted for as much as 30% of EIB lending (€124 billion), and those investments paid off handsomely. Our internal models show that our lending in cohesion regions over this period will boost growth by at least a half of one percentage point and employment by at least two tenths of a percentage point each year—for the next thirty years!

I have seen the powerful impact that cohesion policies can have on regional communities first-hand through my previous experience as a minister of regional development and head of the managing authority for regional development in Bulgaria. Financial instruments, like those implemented with EIB support, enhance and accelerate investment. This was the case with the JESSICA initiative (Joint European Support for Sustainable Investment in City Areas) which was one of the first such instruments developed by the European Commission and implemented by the Member States with the support of EIB. Today, the EIB Group is also providing financial and advisory capacity to support member states in the efficient and sustainable implementation of the Recovery and Resilience Facility and the Just Transition Mechanism.

The less-developed regions are mostly in Central and Eastern Europe as well as in Portugal, Greece and the Southern regions of Italy and Spain, which are either low-income, catching-up regions or regions with a long history of low growth. To these we must add former wealthy industrial regions that are struggling to cope with globalisation and technical change and the transition to a sustainable economy.

With our new approach, less-developed regions, with a GDP per inhabitant of less than 75% of the EU average, will receive greater attention and up to 23% of our total EU lending by 2025. Regions with an intermediate level of income (75-100% of the EU average), referred to as ‘transition regions’ have been identified by the European Commission as a new vulnerable group. Transition regions, which can be found in countries including France, Spain, Finland and the Netherlands, need targeted support to deal with challenges such as a dependence on low-tech manufacturing, rising unit labour costs, relatively low education and a decline in industrial employment.

As the EU climate bank, we believe there are no contradictions between our new cohesion mission and our ambitious climate goals—just synergies and overlaps. The two go hand-in-hand because we will not succeed on climate if we don’t reassure everyone that no one will be left behind. We must also remember that the costs associated with the green transition are but a fraction of the catastrophic costs we would face if we fail to address the threat of climate change. This is why we are confident that we can increase our lending to cohesion regions and raise the proportion we lend to climate action to 50% by 2025, a target that we have been working towards since November 2019.

We can do this by carefully targeting the projects that we support, focusing on priority areas for climate action in these regions, such as clean, safe and connected mobility; energy efficiency; renewable energy; water and wastewater; as well as industry, the circular economy, food and agriculture. Our advisory services can help raise awareness, prepare strategies and projects and develop administrative capacity, in addition to helping overcome the lack of financing, which constitutes the main barrier to such investments.

The potential disruption to jobs and industries from the digital transition and from automation is sometimes overshadowed by the dramatic changes called for by decarbonisation. But structural gaps in digital and innovation activity and skills in cohesion regions are also significant. Our 2020 Investment Survey shows 63% of firms in Europe’s less-developed regions engage in no innovation activities. Even among large firms the proportion engaged in innovation is significantly lower than elsewhere in Europe (39% compared to 52%). New policies are needed to spur innovation in these regions, to raise their income levels and help adjust to the digital transition.

As part of our new approach to cohesion, we plan to tackle this problem by helping mid-cap companies in less developed regions adopt proven technologies, as well as conduct research and development. Mid-cap companies are particularly important, because research shows that they have strong positive effects in their communities. We will also help improve mid-cap companies’ access to finance by lending to them directly, as well as through our intermediated programmes.

Ultimately, the purpose is not just to help the cohesion regions. It is to bring the people of Europe closer together and strengthen the unity of the European Union. 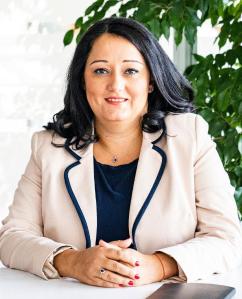 The COVID-19 crisis has widened inequalities. To help less developed regions catch up, EU cohesion policy after the pandemic should address investment gaps by combining finance with capacity support for project planning and policies to lower investment barriers

Poverty reduction and climate action now go hand-in-hand, because low-income countries are among the most vulnerable to global warming and the least able to adapt. An EIB tool for assessing the climate change risks developing countries face helps show where assistance is most needed