Noura Saad works as a librarian in Giza, on the west bank of the Nile near the famous Sphinx and the Great Pyramid. For many years, she used a car or bus to get work, battling traffic jams and delays. Today, her commute is very different. Over the past year, she started using a new metro line extension that is part of a large Egyptian transport project financed partly by the European Investment Bank to modernise and expand a metro that, in places, has fallen into disrepair.

"The metro, for me, is the fastest way in Cairo's traffic, as I save more than an hour when I take the metro to work,” says Saad. "It is indispensable for most of my trips, to escape from Cairo's transport congestion and avoid using buses or taxis."

The transport changes are also good for the climate. There is a considerable need to reduce car use in Cairo, one of most congested cities in the world, where air pollution is often higher than the World Health Organisation’s recommendations.

When Saad takes the metro from her home in Al Marj, 30 kilometres from her job, she avoids using a car or bus and no longer wastes two hours or more in traffic.

The metro project and a related programme to convert railways to metro or tram lines have many benefits. They allow people to find better jobs in new locations and help them reach better colleges, becaues they can reach a wider variety of schools quickly and easily.

The fastest way in and out of town

Egypt has big plans to improve transport and make getting from A to B in big cities more sustainable. In May 2021, the European Investment Bank and Egypt signed the second tranche of a €1.1 billion loan to finance metro and tram projects in Alexandria and Cairo, the two biggest Egyptian cities. These metropolitan areas have grown rapidly over the last few decades, while the transport network has not kept up with new demand.

In Cairo, the metro line 3, also partly financed by the EIB, is the newest part of the city system and under construction now. This line has air-conditioned cars and automated driving. It connects downtown Cairo to the airport, with 15 more stations planned. The financing also will be used on future construction projects, such as electrical and mechanical upgrades to 23 kilometres of metro line 2 in Cairo, improving and lengthening a tram in Alexandria, and converting a 22-kilometre urban railway in Alexandria into a metro system.

Getting around can be sustainable

Another big transport project expected to start soon is the work to improve the Tanta-El Mansoura-Damietta rail line. This will upgrade 119 kilometres of railway along the important link connecting Tanta, a city about 100 kilometres north of Cairo, with Damietta, a major port on the Mediterranean.

The European Investment Bank has loaned money to Egypt for all three of its current metro lines in Cairo, since the early 1990s. The Bank has invested more than €2 billion over the last eight years to help Egypt improve transport and make getting around less harmful for the environment.

How did Cairo build its Metro?

More time at work and with family

The Cairo Metro is the pillar of the transport system in the greater metropolitan area. It carries several million people a day on three lines in a city that has a population of over 20 million. The metro lines built in the 1980s are in dire need of rehabilitation. Ahead of its time in Africa, it was one of the first city-wide metros on the continent. It is still the largest metro in Africa and the Middle East. But maintenance and upgrades have fallen behind schedule.

“The bank financing will increase productivity and improve lives in the city, because people will spend less time in traffic and more time at work and with family,” says Boris Stein von Kamienski, a loan officer at the European Investment Bank. “Besides saving travel time and increasing residents’ well-being, we will make the city safer, as there will be fewer accidents on the road.”

The loan also increases the quality of railways in the country and encourages green and sustainable transport, von Kamienski says.

Reaching out for global partners

Over the past few decades, the quality of the country’s transport system, especially the Cairo Metro, has deteriorated. The new financing is key to the necessary renovations.

“The cooperation between Egypt and the European Union is very important to help us develop and advance construction work and upgrade the signalling systems of metro lines,” says Essam Waly, head of the National Authority for Tunnels in Egypt.

He adds that the country’s transport is one of the sectors that benefits most from international financing from institutions such as the European Investment Bank. “The financing partnership helps us cuts commuting time, reduces traffic congestion and decreases carbon dioxide emissions by many millions of tonnes.” 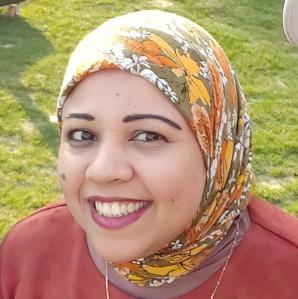 I am a media officer for the European Investment Bank. I write about the Bank’s work in Egypt and the surrounding region.

From massive transport projects to loans for small businesses, the European Investment Bank has backed Egyptian development since 1979.

Ancient Greek hero Odysseus took 10 years to get home from the Trojan War. Commuters in the Greek capital are luckier, with a new Athens metro line making life better and cutting carbon emissions