Instead of playing with toys like other children, Igor Spinella took apart home appliances to see how they worked. When he was eight, his parents returned from mushroom picking in the hills of Emilia Romagna, only to set off a burglar alarm little Igor had designed and installed on their home.

“I was a wacky child. I spent the afternoons in the family garage working on my inventions”, says Spinella, who at 40 is founder and chief executive of power electronics firm Eggtronic. Spinella started his business, which has already filed more than 240 patents, in 2012.

But, like many start-ups, the COVID-19 pandemic was a “heavy blow” for Eggtronic, he says. Luckily the company received a €15 million loan from the European Investment Bank, under its pandemic safety net, the European Guarantee Fund. Eggtronic will use the financing to invest in research and development for products that are potentially important to Europe’s climate goals.

The EU bank aims to support innovative European companies, which often have a harder time finding growth financing than counterparts in the US or Asia. “Eggtronic has come up with very innovative products in an area with a lot of potential,” says Fabrizio Morgera, the European Investment Bank investment officer who worked on the loan.

How does power electronics work?

Power electronics is the technology that controls and regulate the flow of electrical energy by switching transistors to supply electric and electronic devices. For example, in a washing-machine, the power electronics board makes the drum rotate back and forth, regulates the speed, starts and stop the water supply. However all power electronics boards encounter a number of power losses. A typical source of inefficiency comes from the turn on and turn off transitions in the transistors.

“Power electronics is the invisible friend that makes the world work”, says Spinella.

To make devices as energy efficient as possible, for the past decades tech companies have replaced the conventional silicon switch in an electric circuit with faster transistors: recently, gallium nitride ones are able to switch faster reducing the overlap between current and voltage that is the main source of heat in switching power converters. But gallium nitride transistors are more expensive than silicon-based ones.

Energy efficient wireless: convenient for people, good for the planet

More power with less wasted energy allows Eggtronic to build smaller devices in every application where efficiency and size matter: from chargers for smartphones, to laptops, to converters for electric and hybrid vehicles.

Because of their high energy efficiency, Eggtronic devices have a much smaller carbon footprint. “As an example, if the power supply unit that we developed for TV panels will be the new standard, we will save more than 40 million tons of CO2, equivalent to almost 600 million trees every year,” says Spinella, “and we can use our technology in every device to cut CO2 emissions further”.

Eggtronic is also a leader in wireless power. Wireless power technologies from Eggtronic are thin, capable of charging and supplying every device with total position freedom and are extremely efficient. For example, Eggtronic wireless chargers are up to 95% efficient against 70% of traditional wired chargers.

Like a swan on water, behind every patent there is a lot of paddling underneath. When Spinella started his business from his garage, he did everything by himself, from cleaning to sales. Three years later he was setting up a warehouse, hiring 15 people and filing the first patents. He also had to defy the disbelief of many potential investors, because his inventions seemed far-fetched.  A young man from a garage in Modena couldn’t possibly come up with such leading-edge technologies.

Spinella’s inventions have revolutionised power electronics, however. So in 2019 Rinkelberg Capital, the investment office of the founders of Dutch multinational TomTom, invested in the company. Eggtronic was ready to boost its presence in the consumer electronics market, when COVID-19 ravaged the world.

“We managed to hold the helm steady,” says Spinella, “The EIB loan is helping us to look forward to the future again”. 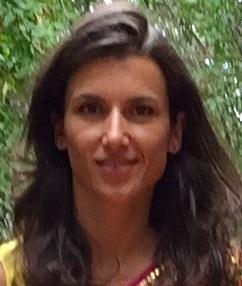 Stories of change and impact are at the heart of the European Investment Bank. I share the stories of the people and projects touched by our work around the world.

The global renewable energy industry has grown quickly over the past few years. Technologies have improved and the costs of production have fallen. Wind and solar power are some of the bright spots for the near future. Despite progress, renewables still have a long way to go. We need much more action to make sure that everyone has access to energy and that we slow climate change, reduce pollution and make the world sustainable.