During my long career as a gender and development expert, I have been asked many times to put together a “gender box” for some article or publication. Typically, this request entails highlighting in a short and snappy way gender activities that were announced or achieved by the organisation over a specific period of time. More often than not, this request is made for two key reasons: to signal to readers that “gender is important” and to make sure that the person or team preparing the article does not run the risk of being criticized for forgetting about gender.

I have produced many of these gender highlights, not all of them short and snappy, but mostly succinct and to the point. What I have learned is that so-called gender boxes often will not have the desired impact. We need to think outside these boxes.

Gender is a part of everything

I encourage us to have a bigger vision than reducing our important gender initiatives to a small amount of text in a gender box. Gender is part of everything and should be incorporated into all our work, just the way we think about climate in everything we do.

For a long time, when the European Investment Bank worked on gender and climate action issues, the focus centred on “protecting” vulnerable populations (including women) from the effects of climate change. This focus on protection failed to sufficiently recognize that women are an essential part of the climate solution and need to be involved in all areas of our climate work. We increasingly are seeing more data that underscore the business and development case for applying a gender-lens to all climate action investments.

Applying this lens means that we make sure women are involved in the investment side of climate action, the employment side and the development side. Studies have shown that women are more likely to start sustainability-focused businesses and that companies with more women on boards are more likely to improve energy efficiency, lower company costs and invest in renewable power. In other words, the narrative of how we amplify climate action by involving women in all parts of the equation is more powerful than ticking any number of gender boxes.

Imagine how financing female entrepreneurs is improving women’s businesses and the lives of their employees, their families and communities. When financial institutions focus on women who don’t have bank accounts or who cannot get a loan or other financing, they are likely to create a huge investment opportunity.

In return, these investments strengthen the European Investment Bank’s investments. While women-owned businesses account for almost a third of businesses worldwide, according to the International Finance Corporation, almost 68% of businesses owned or led by women have trouble developing good credit or getting finance. What’s more, companies founded by women receive less than half the amount of investment given to companies founded by men. This disparity exists despite the fact that:

These success stories come alive not in an article written for a gender box, but in narratives that put faces behind the numbers. If you want more examples, take the management of Alithea IDF, Africa’s first women-led and women-focused private equity fund. At Alithea, the vision of Polo Leteka and Tokunboh Ishmael is changing the lives of hundreds of people. These two female founding partners are a leading voice for profitable gender-lens investing.

Looking at all sides of a project

Let’s not forget about the business case and development case for gender and sustainable transport – too much to cover in a “short and snappy” gender box. Are you surprised to hear that transport systems designed with a gender lens can give women a wide range of economic opportunities, raise economic productivity of an entire country and boost gross domestic product?  A 2018 survey found that 47% of women in Jordan turned down job opportunities because they didn’t have affordable and safe public transport.

Again, we need to look at all sides of transport and other projects when considering gender. Helping women get transport jobs and leadership positions is likely to have a bigger impact on sustainable transport and climate action than if men alone were employed. If women’s views were taken into consideration when designing and operating transport systems, the use of energy and emissions from passenger transport would decrease by 29%.

Gender was a big issue for the new metro lines in Bangalore, India. Many women have complained about feeling uncomfortable riding trains alone. You can watch this video to see how the European Investment Bank helped introduce multiple measures to increase women’s safety and employment (and in turn increase the number of women using the metro). The EU bank helped create separate cars designed specifically for women, instituted targets for employing women as train conductors, let women have flexible work schedules to fit their family needs, installed women’s bathrooms and offered daycare for their children.

Housing is another important issue for gender equality. In April 2021, the European Investment Bank provided the city of Valencia a €27 million loan for an affordable public rental housing project that will especially help women. The money will help build 323 rental units in energy-efficient buildings and rehabilitate four buildings across the city. The project will especially try to help low-income residents, single parents and domestic violence survivors.

Thinking outside the box on gender has been a fulfilling personal career journey for me. This is the case for the European Investment Bank, too. In 2019, the European Investment Bank was the first multilateral development bank to adopt the 2X Challenge, a set of international criteria for gender-equality financing. There is also the success of our SheInvest initiative, which illustrates the transformative potential of gender-lens investing. It helps build more prosperous and resilient communities for everyone and boost female economic empowerment across Africa.

We mobilized more than €2 billion in gender lens investing since the beginning of the initiative in late 2019, providing Africans with better access to finance, as well as dedicated coaching and tailored products that are unlocking much-needed business and social potential for gender equality.

Still looking for that gender box? 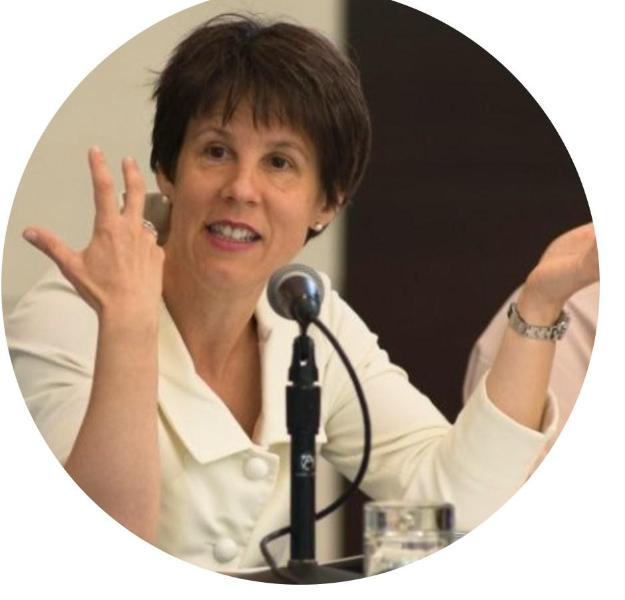 Gender equality is a major issue in development. But, women hold the key to the change. Here’s how empowering women can help boost entrepreneurship, mitigate climate change, and spur social transformation.

Evidence from the Netherlands indicates that EIB investment favours companies with more female leadership. Those firms are often better managed, more innovative and outperform their competitors.