When an economic crisis hits, people move elsewhere to find financial security. For highly qualified researchers, it’s easier to find those jobs and many leave. But a brain drain can make it still harder to recover from economic shocks. How can a country stem the flow? Dr. Nektarios K. Nasikas, a physicist who has worked in Greece and in the United States in materials science and engineering research, is scientific advisor to the minister responsible for research and innovation and is working with other colleagues towards finalising the creation of the Hellenic Foundation for Research and Innovation, which parliament is expected to approve in September. Backed by a €180-million loan from the European Investment Bank and €60 million from the Greek government, the Foundation will issue regular calls for research proposals, fill requests for research equipment and award fellowships for young talented scientists. Dr Nasikas spoke to EIB Connect about the problems facing Greek innovation and research, and the Foundation’s aims.

Would you say that there has been a brain drain in Greece since the beginning of the economic crisis?

Yes indeed, there has been. Greece has paid a very high price in people leaving the country since the beginning of the crisis; Greeks usually refer to it as the “Great Exodus.” According to a Bloomberg article on the subject, between 2009 and 2014 more than 20.000 qualified home-grown research professionals left the country for permanent work overseas. These people are highly trained in Greek public universities and research centres and constitute an investment for the development of the country which is simply lost.

Which research fields have been affected and how do you think the Foundation can help?

All fields have been affected. Scientific mobility, brain circulation is a basic element of the European Research Area and a prerequisite for developing the knowledge economy. But nowadays the imbalanced outflow of scientists and professionals, especially young talents, creates significant problems not only for the Greek economy but for the whole Greek society. Our answer in trying to tackle the brain drain phenomenon with the creation of the Foundation is clear: we plan to provide attractive opportunities for researchers and build a vibrant scientific environment, based on scientific quality.

In the short term, what is on the agenda of the Foundation?

First, we have agreed with the EIB to spend 10% of the bank’s contribution immediately, that is EUR18 million. These funds will directly support young researchers through grants, thus contributing to reverse the brain drain that Greece is presently facing.  These grants have already been drafted and the call for research proposals will be posted in September. We hope that this measure will actively promote the excellent human scientific capital that exists in the country.  The € 222 million left will be dispersed over the next three years. This amount comes on top of the funds that are already available through EU structural funds directed to research.

Will the Foundation target some specific fields of research?

When establishing the Foundation, we wanted to offer the scientific community a “bottom up” approach. We want academics and researchers to shape the research and innovation landscape across a broad spectrum of disciplines without any sectorial or geographical restrictions. To that extent, the emphasis will be put on a curiosity driven scientific research rather than on specific disciplines.

“We want academics and researchers to shape the research and innovation landscape across a broad spectrum of disciplines without any sectorial or geographical restrictions.”

Before the crisis, Greek research was remarkably competitive and productive if we take into account the relatively low economic contributions as a percentage of GDP compared with the EU average. Between 2003 and 2013, the Greek average of the Gross domestic expenditure on R & D (GERD) is around 0.6% whereas in the EU 28, it is more around 2%. Last year, the budget spent on research centres (excluding universities) was of € 60 million euros which is almost the same as before the crisis. Within previous years, the budget was reduced to less than half (29 million) and the trend is to increase it even more in the next years. Greek Research was remarkably productive in areas such as biomedical sciences, natural sciences and engineering. National R&I investment limitations were, of course, increased when the debt crisis hit the country. Austerity measures meant hiring freeze and severe budget cuts which created an asphyxiating environment. Our goal is to overturn these conditions and enable Greek research to stand on its feet again. 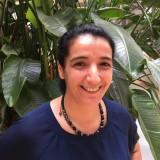 Greeks were the ancient world's most inventive thinkers. The Investment Plan for Europe helps today's Greeks meet the challenge of innovation