Development is about expertise and influence—not just money. To help end poverty, fight climate change and bring ravaged cities back from disaster, the European Investment Bank supported 87 new projects outside the EU last year. Here are some of the results we expect.

Women and farmers will benefit from a program that is reducing poverty by providing small loans in countries such as Haiti, East Timor, Niger and Mali. The EIB’s EUR 5 million investment will help attract more financing and let up to 10 microfinance organisations provide loans to more than 300,000 people. Outside the EU, new EIB credit lines in 2016 will help to sustain more than 700,000 jobs in microenterprises and smaller companies. Maldives looks to the sun

Power generation is a challenge for the Maldives. The island country in south Asia relies heavily on inefficient diesel generators to produce electricity. The nation is one of the most oil-dependent countries in the world. A EUR 45 million loan from the EU bank is helping the country build hybrid systems that use new diesel generators and solar panels to cut fuel costs and carbon emissions. The loan will also help upgrade the energy distribution network on 160 islands. New EIB projects outside the EU in 2016 will generate enough electricity from renewable resources to supply  250,000 households. Tunisia is reducing pollution by repairing and expanding sewers and rehabilitating four water-treatment plants along the coast. The project is helping the fishing and tourism industries and connecting 60,000 people to the sewer network. The EIB is contributing EUR 70 million to this project. Outside the EU, the bank’s financing in 2016 will allow 6.7 million people to benefit from better water or sanitation. The earthquake that struck large parts of western Ecuador in 2016 destroyed many buildings and left more than 100,000 people without homes. The tourism industry was also hurt. Money for reconstruction is limited in Ecuador because of economic problems, but the EIB gave the country a EUR 162 million loan to rebuild sewer systems, roads and buildings, that will benefit about 1.5 million people. New projects outside the EU in 2016 are expected to save 51 million journey hours every year by improving public transport, roads and other transport infrastructure. Getting electricity for the first time

Some parts of Senegal have little or no electricity and no meters to measure consumption. A new project will install 1,779 kilometres of power lines and 480,000 electricity meters in areas such as Dakar, Vélingara and Dabo. The plan, supported by a EUR 75 million EIB loan, also is bringing electricity to isolated areas in the Casamance region in the south, giving power to 150 villages. EU bank projects in 2016 are expected to connect 1.2 million households to electricity networks. Conflict-torn areas of the eastern Democratic Republic of Congo have little access to mobile phone networks. The ability to use a phone and go online improves security, especially for women, and offers better access to banking and health services in remote areas. A new project by Africa Mobile Networks is installing 650 solar-powered mobile phone base stations here and in Cameroon, bringing mobile phone and data services to about 2.6 million rural people in poverty. The program is backed by a EUR 24 million loan from the EU bank. Over the past five years, the EIB has provided more than EUR 6 billion for telecommunications around the world. A subway for a crowded Indian city

Public transportation is one of the top ways a city can support social and economic development. But when populations grow too quickly, as in Lucknow in northern India, mobility and quality of life are reduced. The EIB offered a EUR 450 million loan to help build the first subway line in Lucknow, a city of three million people that is the capital of India’s most populous state, Uttar Pradesh. The 23-kilometer line will have 22 stations and serve around 300,000 passengers each day. More than a million people outside the EU will benefit from improved transportation last year thanks to EU bank’s support in 2016. 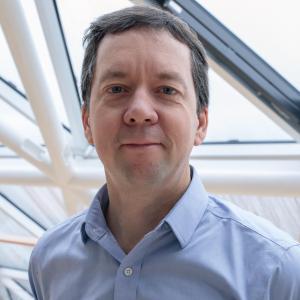 The European Investment Bank helps people and companies across the globe. As an editor at the bank, I tell its story.