Back in January 1986, Ilija Pavlickovski took out a lease on a small bakery in Šuto Orizari, the second-smallest municipality of Skopje, the Former Yugoslav Republic of Macedonia’s capital. Both his grandfather and father had spent most of their lives working for the biggest Macedonian producer of bread and flour, Zito Luks. But Ilija felt it was time to start his own business.

The bakery had a simple wood-fired oven and in the beginning we could only bake around 500 loaves of bread per day”, he says. Today, Ilija manages a chain of over 20 large and 200 small bakeries across the country. His Bakery Dime has become a nationally recognized brand.

Loans funded by the European Investment Bank helped the Bakery Dime to grow and diversify, expanding to 202 employees from 82 in less than 10 years. Ilija and his bakery received three loans backed by the EIB worth EUR 1.45 million through the Macedonian Bank for Development Promotion (MBDP).

The EIB and the MBDP have so far cooperated on four operations aimed at supporting small and medium-sized enterprises, as well as industrial investments in the fields of knowledge economy, energy, environmental protection and services. These loans total EUR 350 million. It’s significant, considering that almost 280,000 people work in more than 54,000 SMEs in the country.

The loans also support the Bank’s Economic Resilience Initiative objectives by investing in developing the private sector and stimulating growth and job creation. The Economic Resilience Initiative aims to make countries in the Western Balkans and the Middle East more resilient to shocks. The EIB is adding EUR 6 billion in lending that it believes will promote EUR 15 billion of investment by 2020.

‘Why should I buy wheat?’

Aleksandar Stanojkovski, who works at MBDP, says the reason for Ilija’s success is that he was ambitious enough to take control of the entire production process. “The country doesn’t produce enough wheat, so it has to import lower quality wheat from abroad”, says Stanojkovski, “which is why Ilija decided to produce his own.”

Ilija first went into the production of flour in 1996. “When we started making our own flour, I asked myself: ‘Why should I even buy wheat?’” Today he owns 1 600 hectares of land, where he produces his own grain in collaboration with Skopje University.

“When we first started with the cultivation of wheat, we worked together with the experts at the Faculty of Agricultural Science and Food to decide which type of wheat grain to use, how to treat it and how to fertilize the land,” says Ilija.

This integrated production chain allowed the company to expand and introduce new products. Now the company supplies around 30,000 loaves of bread to over 500 selling points all over the former Yugoslav republic.

“My wife and I buy Ilija’s bread every day,” says Stanojkovski. “She loves it because it’s the only one in which she knows where all of the ingredients come from.

How to start a juice business

Ordan Spaseski had a background in the juice business. Just like Ilija, he decided that he could do it on his own. Ordan and his wife Gorica started their business in the basement of their Skopje home in 1994. In the beginning, they produced plastic juice cups only for the local market. But a decade ago, they started exporting their products.

“First, we exported just to Montenegro, but today we export to 25 countries in total,” says Vesna Ljusic, Ordan and Gorica’s daughter and the commercial manager of their company, SOKO Gorica.

“Currently, we export more than 90% of our production”, says Ljusic. Last year, the company produced 26 million juice packets in eight flavours. A long way from the 800 000 juice cups and three flavours it produced in the beginning.

In 2012 the company received an EIB-financed loan worth almost EUR 150 000. “We used it to buy a new packaging machine”, explains Ljusic,”which allowed us to double our capacity and offer better quality packaging”.

Bakery Dime and SOKO Gorica are just two of the over 1 700 SMEs in FYR Macedonia that the Bank financed through this scheme. The loans helped both companies advance their production and expand their market.

Even more importantly for them – everything stayed in the family. “My parents are still involved in the business”, talks Ljusic. “Both my sister and I and our husbands work here. All of us put our hearts into the business”. 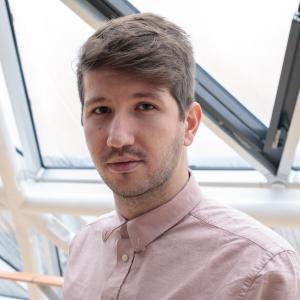 My stories explain how the EU bank helps people across the globe.

Concrete examples of what the circular economy means

Like many villages in Cyprus, Agros gets a vital lifeline for family businesses hurt by the island’s banking crisis

The EIB steers the Western Balkans towards the EU