Zoe Harris’s husband, Geoff, had dementia and was unable to communicate his basic needs to caregivers. This had serious consequences at times, as when he spent 72 hours in respite care to give Zoe a rest from taking care of him at their home in Horsham, about 60 kilometres south of London.

“Geoff drank his tea black, but the default in England is milky tea,” Zoe says. “He actually became very seriously dehydrated as a result of spending a weekend in a care home, where they knew nothing about him, and ended up essentially losing the ability to walk because of that dehydration.”

After Geoff started living in a care home full time in 2010, Zoe began sticking Post-it notes on the wall beside his bed to help caregivers know his basic preferences and things he would like to talk about.

“That eventually led to a wall chart that I laminated, so I could update it whenever I wanted, and we used symbols so the staff could find the information quickly and easily,” Zoe says. “And it wasn’t to replace the care plan, but those can often end up being over 100 pages. And the reality is care staff don’t have time to read them.”

These details might seem unimportant, but they contribute to building a strong relationship and creating trust between the patient and caretaker.

“This was just the pertinent facts that they needed to know about him, and to help them develop a relationship with him,” Zoe says. “And when the care manager said, ‘Can I have some of those for other residents?’ I realised that actually this simple tool had the potential to improve the care for thousands of other people who were in the same position as Geoff.”

That’s how Zoe started MyCareMatters (previously Care Charts UK), a social enterprise organisation improving the care of people living with dementia and helping others who cannot communicate for themselves in a care setting. The MyCareMatters Care Chart has been adopted by more than 1,400 care homes in the United Kingdom.

A simple and effective tool

MyCareMatters has expanded into other areas since introducing the care chart. It developed the MyCareMatters Profile, an online tool that people can be use to create their own profiles. This information then can be accessed by a hospital anywhere in the world.

This profile is structured in a similar way to the original MyCareMatters care chart, with information such as a patient’s preferred name, food and drink, music and television programs, a list of family members, and religion.

Lucy Frost, a dementia nurse specialist with the National Health Service, was involved in trials of the MyCareMatters Profile at a community hospital and was impressed.

“If you understand a patient’s wishes, preferences, likes and dislikes, that’s a very important way to stop misunderstandings and make sure we anticipate needs,” she says. “It really enables us to have good conversations with people with dementia who we care for.”

The MyCareMatters Profile was a finalist in the 2016 and 2017 Social Innovation Tournaments, sponsored by the European Investment Bank Institute to help entrepreneurs who are solving problems in society or the environment.

That in turn led to the creation of the My Future Care handbook, subtitled “Plan for Tomorrow, Live for Today.” The book walks people through the steps of planning for late-life, with everything from creating a will, power-of-attorney, to making choices about what kind of medical care you do and don’t want. Zoe says writing down your needs and preferences is also a gift to loved ones, removing one area of stress that can make a difficult situation more challenging for family members.

Removing stigma of talking about death

“The work we’re doing is just as valid for people who are healthy and perhaps much younger,” says Zoe, who was a marketing director for a financial services company before starting MyCareMatters. “I would love to see us being able to talk about death and dying more openly. It’s just one of those facts of life we are all going to have to face, but there is this challenge of the stigma around it.”

My Care Matters is funded through sales of products and services to care homes, hospitals and individuals, as well as support from local governments and grant-making foundations in the United Kingdom.

Zoe is working on an updated version of the MyCareMatters chart, which is still popular.

“We’re going back to care managers and asking them what makes a difference,” she says. “And it’s quite exciting to hear that this still has a role to play.”

Learning some crucial facts about the patient at a glance can make a profound difference for the relationship with the caretaker. Zoe recalls one caretaker who was a little brusque, but one day the woman noticed on Geoff’s chart that he had seven grandchildren whom he adored.

“The carer said, ‘Oh, Geoff, I never knew you had grandchildren!’ And that brought a big beam to his face,” Zoe says. “And I think she had a new appreciation of him as a human being, as a family member with other people around him, and her attitude maybe softened just a little bit.” 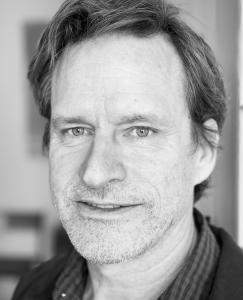 For the Morocco health system COVID-19 is a severe challenge. Swift financial action from the EU bank helps fight the crisis—and train medical staff to improve life across the country

What is it like to battle the coronavirus in Madrid, one of the hardest-hit European cities? How does coronavirus impact hospital infrastructure for the future? Find out from our health care expert