Ukraine trade disruptions and inflation weigh on firms and households, threatening to derail Europe’s recovery and push many into poverty

The war in Ukraine risks upending Europe’s economic recovery. The Russian invasion caused a massive humanitarian crisis – almost seven million Ukrainians have fled the country. The conflict and resulting sanctions have disrupted exports from the region for commodities like metals, food, oil and gas, pushing up inflation to levels not seen in decades.

Real economic growth in the European Union is now expected to fall well below 3% in 2022, down from the 4% estimated by the European Commission before the war. Further trade disruptions or increased economic sanctions could plunge the European economy into recession.

The slowdown in growth is particularly pronounced in countries in close proximity to Ukraine, like Poland and Hungary – countries that are also hosting large numbers of Ukrainian refugees. Italy and Germany, which are heavily dependent on Russian oil and gas, are feeling the pressure as well.

Before the war, the European economy was experiencing a heady recovery. The one-two punch of higher energy prices and trade disruptions, however, could destabilise EU firms already weakened by the pandemic, according to a report published by the European Investment Bank, How bad is the Ukraine war for the European recovery? At the same time, our analyses show that rising inflation could push more Europeans under the poverty line.

The COVID-19 crisis weakened EU firms, particularly small ones. Those firms were slowly weaning themselves off government support when the Ukraine war hit. Now these firms are contending with higher energy prices, reduced trade and potentially higher funding costs as banks try to avoid risk.

The European Investment Bank Economics Department analysed the war’s impact on the profitability of EU firms. We created a model with several assumptions:

Under our model, the share of EU firms losing money rises from the normal average of 8% to 15% in the year after the start of the invasion. The share of firms that risk defaulting on their debt also surges from 10% to 17% in the same period. Firms in sectors like transport, chemicals and pharmaceuticals, and food and agriculture suffer the most. Firms located in countries close to Ukraine, such as Poland, Latvia and Lithuania, are also hard hit, as are firms in Greece, Croatia and Spain.

EU firms as a whole are only minimally exposed to the disruption in exports to Ukraine, Russia and Belarus. Exports to those countries accounted for only 1.1% of gross domestic product (GDP) in 2019. But some countries in Eastern and Central Europe, like Estonia and Lithuania, are much more affected. Exports to the Ukraine, Russia and Belarus represent more than 5% of GDP for Latvia and Lithuania.

Ten EU countries depend heavily on Russia for oil and gas imports (see chart below). For these countries, more than half of gas and oil imports from outside the European Union come from Russia. These countries also depend more on oil and gas to produce energy. Countries that have taken steps to develop renewable energy, biofuels and nuclear energy are obviously less dependent on Russian supplies. Russia, however, is such an important supplier to international oil and gas markets that any trade disruption – sanctions or otherwise – translates into higher prices.

Ukraine and Russia are important suppliers of energy and agricultural products. As fighting damages production facilities, the prices of many core products will continue to rise, particularly those that are difficult to substitute, like wheat, fertilisers and gas. Inflation in the euro area is now expected to climb above 6% in 2022, up 2.5 percentage points from estimates a few months ago.

Those rising prices could stifle demand. Price increases of about 2 to 2.5 percentage points triggered by the war could reduce real private consumption by 1.1% in the European Union, according to our estimates. More importantly, rising food and energy prices will hit poorer households hard.

The EIB Economics Department modelled the impact rising prices would have on EU households, particularly the most vulnerable. The estimates take into account countries in which the basket of basic goods is more sensitive to food and energy prices – primarily in Central and South-Eastern Europe. The modelling also assumes that oil prices remain high for at least the next few months. Lastly, it takes into consideration a household’s ability to save and to use that savings to offset higher prices.

The model shows that hikes in food and energy prices hit low-income households disproportionately across EU members. Lower-income households in the richer countries of Northern and Western Europe are better able to absorb the price rise than households in Central and South Eastern Europe, largely because the saving rate and incomes overall tend to be higher.

As the chart below illustrates, poorer households in countries like Slovakia, Lithuania, Latvia and Bulgaria suffer much more from rising prices than households in the Netherland or France. A 2 to 2.5 percentage point price hike in Slovakia would push up the share of people at risk of poverty by 4.3 points, roughly 230 000 people.

To keep vulnerable people from slipping into poverty, European governments will once again need to step in and provide a safety net. Government funds and public policies did a relatively good job of keeping poverty at bay during the pandemic. But stiff price rises pose a new threat.

Austrian, French and Italian banks were the most active in Russia, while French, Austrian and Hungarian banks were heavily involved in Ukraine. Yet only Austrian and Hungarian banks reported that the two countries represented more than 2% of their total lending. In general, banks have shored up their capital reserves sufficiently in recent years to be able to absorb any losses in the region.

Right now, the biggest source of risk is banks’ exposure to the sectors – chemicals, transport, and food and agriculture – most affected by trade disruptions. On average, however, only 30% of EU bank loans went to sectors at risk.

The biggest threat for the economy, in fact, is that credit dries up. Rising interest rates are already making loans more expensive. Credit standards have started to increase in Central and Southern Eastern Europe. The strain put on EU firms could also cause the quality of loans to deteriorate, making banks hesitant to lend.

That’s a lot for EU firms already stumbling from a one-two punch. 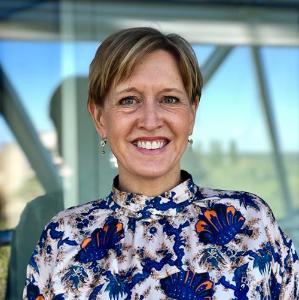 The European Investment Bank helps people and companies across the globe. As an editor at the bank, I tell its story.

EU recovery plans could provide businesses with the impetus they need to invest in climate measures and prepare for a net-zero carbon future. Our European climate survey looks at whether businesses are ready to meet these twin challenges.

Wastewater is not a problem. It is a highly valuable source of water, nutrients and energy. But more than 80% of all wastewater is wasted. We need to change how we treat it and make wastewater resource recovery a priority

European assistance in Ukraine over the past half a decade changed a lot of minds permanently. A civil engineer who helped build the country is ready to do it again