The local wells are low. So much water has been pumped out that the groundwater is loaded with sulphates and manganese. That’s a problem for businesses, because water is more important to economic growth than you might think. Almost eight out of 10 jobs are dependent on the availability of water.

That’s not a scenario out of a dusty African region. It’s the story of the Val di Susa, which runs east from the northern Italian city of Turin, where the water utility company is investing EUR 135 million in a solution to the problem that includes reusing water from a hydroelectric dam high above the floor of the valley. The project, which will be completed by early 2018, is an economic lifeline for towns all along Piedmont’s longest valley. “It’s going to have a great impact on businesses in the valley and it’s sure to increase economic activity,” says Marco Acri, who leads the project’s engineering team for Società Metropolitana Acqua Torino.

If a company or a community doesn’t have enough water, the money dries up too. “Water security” is a major economic issue—and not just in deserts. It’s a big challenge for European cities like Turin, too, and will be the theme of World Water Week in Stockholm at the end of August. “Water is as important as electricity to economic growth,” says Thomas van Gilst, who heads the European Investment Bank’s water management division. “Water risk is one of the greatest risks to businesses.”

The Turin project, which is financed by the utility and by a EUR 67 million EIB loan, includes the construction of three electricity-generating turbines, as well as an 80 km pipeline with 20 branches connecting it to a number of municipalities, and a water treatment plant in Bardonnechia, near the French border. “This is a major boost to the economy of all the towns along the valley,” Acri says. The EIB’s water lending increasingly focuses on water security. Water security refers to the capacity of a community to provide the quantity and quality of water required to sustain life and economic development. The EIB is convening a symposium on financing water security at World Water Week on 31 August. The theme of World Water Week, after all, is “Water for sustainable growth.” Workers on the water security project in Val di Susa

The UN’s Sustainable Development Goals, which were finalised in 2015, target water security as a major issue. Without water security, communities face lower growth and jobs, but also social and political tensions. Of all the world’s jobs, the UN estimates 78 percent are highly or moderately dependent on water. In addition, water security—or the lack of it—can underlie migration pressures.

For the EIB that makes water investment increasingly significant. In the last five years the EU Bank loaned EUR 16.9 billion to water projects. That supported a total of EUR 50 billion in investment on those projects.

The Bank’s water-sector loans are aimed more and more at the increasing demand for:

Better for the Red and Dead

Water remains a major concern in developing countries, of course. In Jordan, the EIB signed a cooperation agreement in May to develop technical assistance and advice for the first phase of the Red-Dead Sea project. Part of a landmark regional water-sharing initiative between Jordan, the Palestinian Authority, and Israel, it aims to: Water security is at play too in the Red-Dead Sea project. Jordan faces the enormous social challenge of absorbing 1.3 million refugees from Syria’s civil war at a time when its water supply is already inadequate for its existing population.

As a potential joint project involving Jordan, Israel, and the Palestinian Authority, the Red Sea-Dead Sea enterprise will be a counterbalance to the tensions—not only those surrounding water—that afflict the Middle East. “It’s still at phase-one development stage,” says Edouard Pérard, an EIB water economist. “It will need donor commitments. But it’s a big project and a measure of how important water is to development and security.” 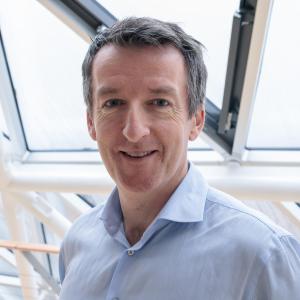 Israelis, Palestinians and Jordanians join to counter a regional water crisis and save the Dead Sea.