A new impetus for Balkans rail infrastructure brings sustainable, smart boosts across the region, including in Montenegro

There is a light at the end of the tunnel for railways in the Western Balkans, whose tracks suffer from decades of inadequate maintenance. An operating speed of 100 km/h or higher is possible on only 31% of the region’s railways, because the network is in poor condition. But modernisation of the railway network, rolling stock and logistics is becoming a priority for governments and policymakers as well as other market players.

Look at recent improvements to the rail route between Bar and Vrbnica in Montenegro.

“Railroad infrastructure investments here resulted in improvement of the technical condition of the railway line elements and structures, leading to increased  traffic safety and quality of service for freight and passenger transport,” says Dragan Radević, deputy chief executive for capital investments at Railway Infrastructure of Montenegro. “The project will directly benefit 1.2 million passengers using the line annually and, indirectly, the broader economy by facilitating trade, regional integration and sustainable growth..”

According to Radević, people from the less developed northern part of Montenegro, particularly students who use the railway as a practical and economic link to Podgorica and the Adriatic Coast, as well as tourists from Serbia, will now become more frequent users of the railway.

The rehabilitation of the rail is also increasing speeds.

“The maximum speed can be increased to 80 km/h following the reconstruction of the entire line,” Radević adds.

The rehabilitation of sections along the Bar-Vrbnica route on Montenegro’s Orient/East-Med Corridor is backed by a €20 million loan from the European Investment Bank. The loan is complemented by a €20 million EU grant channelled through the Western Balkans Investment Framework. Around this rail section, the European Union has allocated more than €13 million to the preparation of investment packages, as well as urgent rehabilitation works along slopes in danger of landslides.

Balkans rail infrastructure shines light at the end of the tunnel

The Bar-Vrbnica route opened to traffic in 1976 as one of the most sophisticated railways of the time. Since then, there has been no major overhaul of the signalling system, nor the numerous bridges and tunnels. Currently, the route carries about 20% of all rail passengers and 60% of rail freight in Montenegro. With the latest improvements, the number of passengers is expected to increase to 1.4 million annually from 1.2 million, and freight transportation to 1.5 million tons each year from 1.0 million tons.

“We are now using new information technology platforms, which improve the quality of our work,” said Spasoje Krackovic, an operator at the railway station in Podgorica. “Rail traffic is now regulated more efficiently, which increases safety.”

The rehabilitation of the railline will also lead to a reduction in recurrent costs for Railway Infrastructure of Montenegro by decreasing regular maintenance. The improvement of the railway’s condition is also a prerequisite for the increased use and profitability of the Port of Bar.

A major impetus for the new focus on upgrading railways came at the first Western Balkans Rail Summits, organised in 2021 by the European Investment Bank, in partnership with the Transport Community Secretariat and the European Bank for Reconstruction and Development. At the event, governments and rail professionals committed to:

These improvements are intended to enable the region to introduce multimodal transport options, which will mitigate environmental pollution and increase the attractiveness of rail travel. This could also mean less traffic congestion and fewer road fatalities for the Western Balkans, a region with a high rate of 233 passenger cars per 1 000 inhabitants. That is particularly significant because most of the region’s cars are energy-intensive and more than a decade old.

With less than 0.5% of transport-related greenhouse gas emissions in the European Union, rail remains a climate-friendly mobility option. It is also the most energy-efficient mode for freight transport. On average, a single train can carry as much freight as 280 trucks.

“We aim to ensure the economic viability of our transport projects, including their adaptation to climate change,” says Lilyana Pavlova, the European Investment Bank vice president responsible for the Western Balkans, “while respecting the environment, improving safety and promoting social wellbeing. As it is high on our agenda, we want to revive the popularity of rail to make it the first choice when it comes to transport in the region, by facilitating quick and safe movement of people and goods.”

Western Balkans partners can benefit from the jointly funded European Investment Bank and European Commission team of experts at JASPERS, who help rail infrastructure managers plan and implement projects. The most recent addition to their assignment portfolio relates to advisory support for level-crossing safety on the railway network across the region. This kind of support combined with favourable loans and EU grants makes EIB Global, the European Investment Bank’s arm for the region, a key financer of the rail sector in the Western Balkans.

“EIB Global works together with governments in the region to improve the condition of infrastructure by providing technical assistance for the preparation of key projects within the Economic and Investment Plan,” says Matteo Rivellini, EIB Global’s head of division for the Western Balkans and Turkey. “To date, the EU bank has invested close to €650 million in the rail sector of the Western Balkans, supporting regional cooperation and connectivity.”

“In line with our new Transport Lending Policy and EU Connectivity Agenda, EIB Global priorities include the electrification and modernisation of major routes and the replacement of diesel with electric traction, which are key to reducing noise, air pollution and CO2 emissions,” he adds. 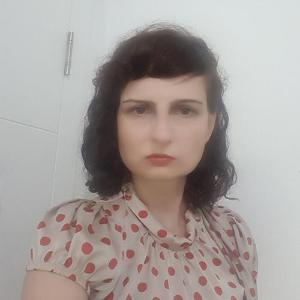 Gordana Kovacevic works as the EIB Media Consultant for the Western Balkans. She likes to tell inspirational stories about the projects that make valuable impact on our lives, and design creative communication concepts.

The Montenegro railway upgrade is the first in 40 years

The EIB steers the Western Balkans towards the EU