Accountable for the past, learning for the future

The evaluation function conducts independent evaluations of the EIB Group’s activities. It helps the EIB Group be accountable to its stakeholders and draw lessons on how to continuously improve its work, thereby contributing to a culture of learning and evidence-based decision-making.

This rapid assessment found that the Group’s immediate response was set up in a quick and agile manner. It helped address the liquidity pressure faced by its clients. However, more flexibility would have been needed in its partial extension.

What is a systematic review? Our evaluator explains how this important decision-making tool works and what it can tell you.

The EU bank boosts investments that help counter the impact of global warming, building on the recommendations of the independent evaluation of its support for climate adaptation.

The European Fund for Strategic Investments (EFSI) has been a game changer, according to a recent report by the Evaluation division of the EIB Group. The guarantee provided by the fund helped the EIB Group mobilise more than €540 billion from 2015 to 2020, plugging investment gaps created by the 2008 financial crisis and, more recently, the COVID-19 crisis.

Evaluation at the EIB Group

We operate independently from the EIB Group’s operations. Our reports are submitted, without change and without delay, to the EIB and/or EIF Board(s) of Directors, after being discussed by the EIB Management Committee and/or the EIF Chief Executive.

We aim to ensure our evaluations are relevant, timely, and accessible to support organisational learning, decision-making and accountability.

Our evaluations are conducted according to internationally recognized good practices and quality standards, as reflected in the EIB Group Evaluation Policy.

Our institutional set up ensures our organisational and behavioural independence, freedom from outside interference, and avoidance of conflict of interest.

We interact continuously with stakeholders within and outside the Bank to ensure the information we collect is comprehensive and valid, that our findings are understood, and that our conclusions and recommendations are relevant, useful and timely. 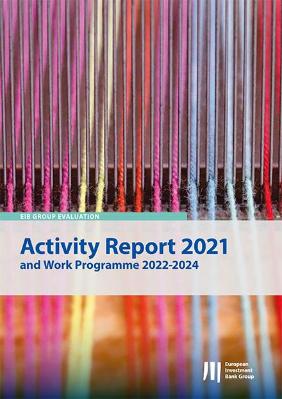 In 2021, the Evaluation function in the EIB Group’s Inspectorate General (IG/EV) presented a record number of reports to the EIB and EIF Boards of Directors as compared to previous years, most of which fed directly into strategic Bank decisions. The approval of the EIB Group Evaluation Policy further signified the institution’s commitment to accountability, learning and transparency. 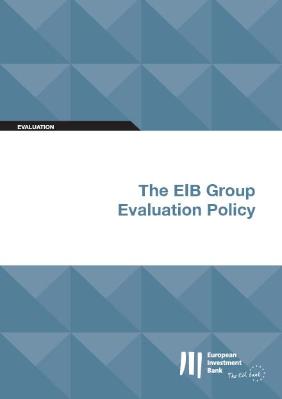 Evaluation is indispensable for an institution carrying out a public mandate, such as the EIB Group. It ensures the institution remains accountable and learns from experience, to continuously improve its work.